In 2016, with more than eight million fans watching, Jordan Rodgers proposed to JoJo Fletcher during the Season 12 finale of The Bachelorette. Now, three years later, Fletcher is sporting a brand new 5-carat oval diamond engagement ring after Rodgers decided to get down on one knee all over again. 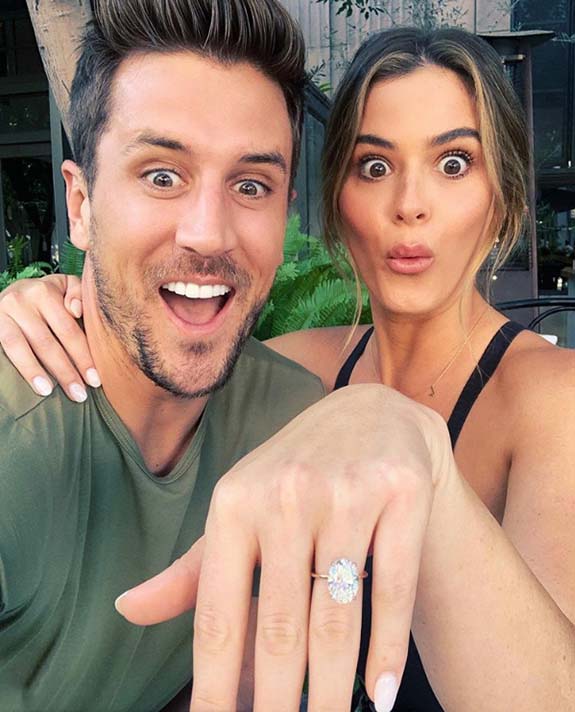 Rodgers turned to Instagram on Sunday to explain his motivation behind the second proposal.

Accompanying a silly-faced Instagram selfie of him and his fiancée, Rodgers wrote, “I love @joelle_fletcher with all my heart!! I always wanted to re-propose, with no cameras, no producers, no drama… just us. Our first engagement was so real, and meant so much to us both, but as we start to actually plan our wedding for next year I wanted to do it all over again, OUR WAY!” 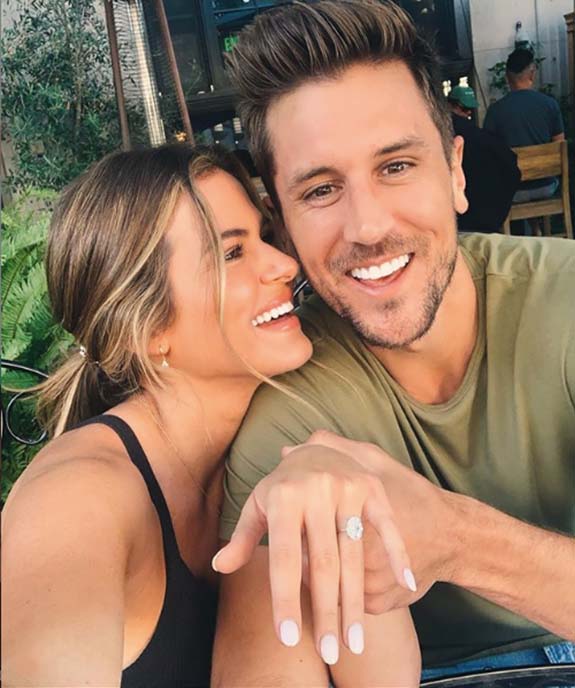 On her Instagram, Fletcher posted a similar photo and wrote, “Three years ago we got engaged in a way that some, if not all, would say is crazy and totally unconventional, and they were right. It was. But it was also very real. We took a leap of faith that day and hoped/prayed things would work out how we wanted them to. Times were not always easy, but we stuck by each other and worked every day towards our relationship.”

As most fans of The Bachelorette know, the male contestants get to choose from a curated selection of five rings provided by the show. This time around, Rodgers got to design a ring that matched Fletcher’s personality.

When viewed from the top, Fletcher’s new ring seems to be floating above her finger, secured in a six-prong setting on a delicate 14-karat yellow gold band. However, a hidden halo of white diamonds is revealed when the ring is viewed from the side.

“The show brought us together and set us up for a truly amazing proposal the first time around,” Fletcher wrote to Rodgers in a continuation of her original Instagram post, “but this time was all YOU. And that means everything and more to me. I can’t wait to marry you!”

The couple has a busy year ahead as they plan a wedding and produce new episodes of their CNBC series called Cash Pad. The show follows Rodgers and Fletcher as they transform ordinary properties into lucrative vacation rentals.