Princess Beatrice wore a very special diamond tiara as she exchanged wedding vows with Edoardo Mapelli Mozzi during an understated, private ceremony at The Royal Chapel of All Saints on Friday. Famously known as the Queen Mary Fringe Tiara, the headdress is the same one worn by Beatrice’s grandmother, Queen Elizabeth, on her wedding day in 1947. 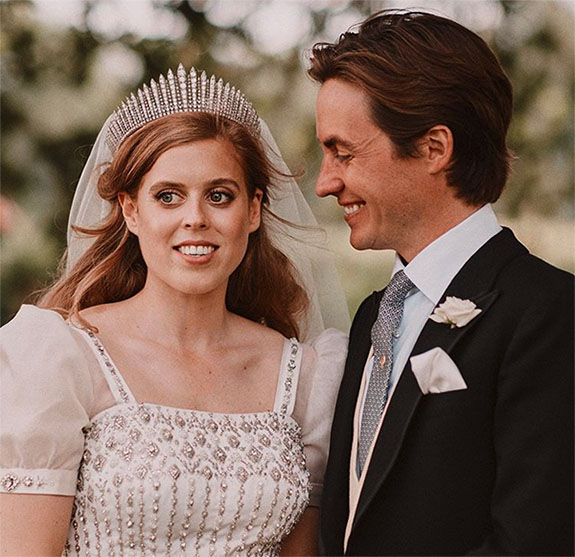 The 94-year-old monarch is reportedly extremely close with her 31-year-old granddaughter and wanted her to wear what is arguably the most sentimental piece in her vast jewelry collection. 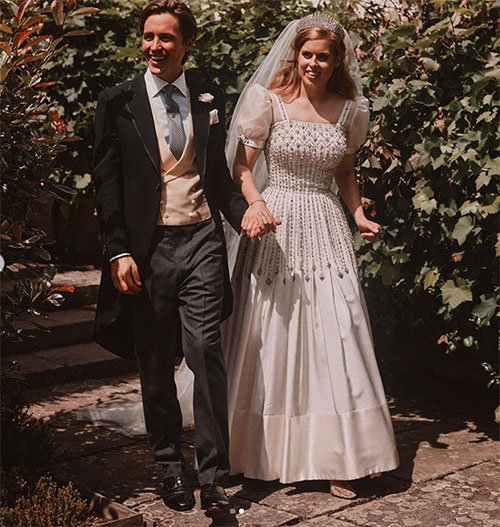 The treasured heirloom was originally crafted in 1919 for Elizabeth’s grandmother, Queen Mary, by royal jewelers Garrard and Co. The diamonds adorning the 47 vertical bars of the tiara were harvested from diamond necklaces given by Queen Victoria to Mary on the occasion of her wedding in 1893. 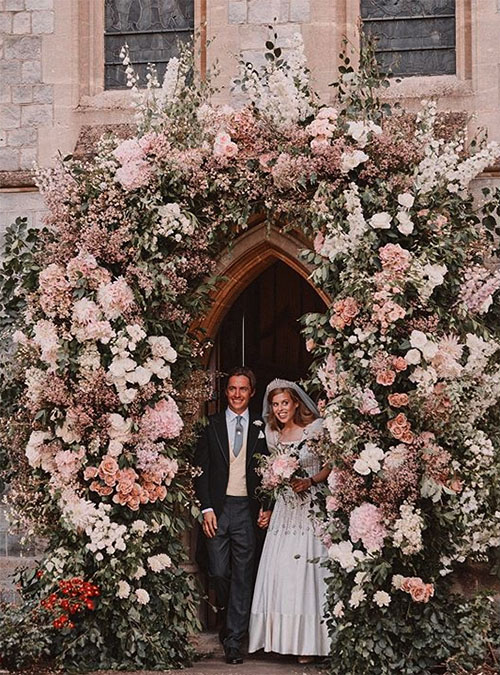 While Princess Beatrice wore the Queen Mary Fringe Tiara with no incidents on Friday, the same piece was nearly a “no show” at Queen Elizabeth’s wedding 73 years earlier. In 1947, as the 21-year-old bride-to-be was getting ready at Buckingham Palace before leaving for Westminster Abbey, a hair stylist accidentally snapped the frame of the tiara.

Fortunately, a jeweler from Garrard and Co. was standing by in case of an emergency. Legend has it that the jeweler was rushed back to his workshop via police escort. There, he quickly mended the tiara and returned it to Westminster Abbey just before the ceremony.

During the Queen’s long reign, she has generously lent tiaras from her collection to the young brides of the royal family. 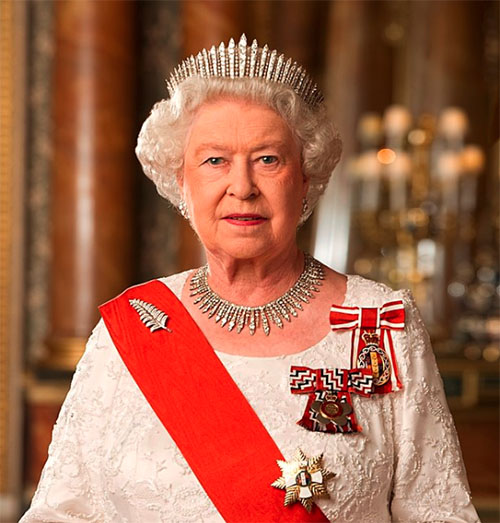 Rarely has the Queen Mary Fringe Tiara been seen in public and it was last loaned to Princess Anne for her wedding to Mark Phillips in 1973. In the photo, above, the Queen is wearing the tiara for her official Diamond Jubilee portrait for New Zealand.

Princess Beatrice’s wedding celebration was kept low key due to health concerns stemming from the coronavirus pandemic. It was attended by The Queen, The Duke of Edinburgh and close family. A much larger ceremony — originally set for May 29 — had been postponed.